Our Lady of Grace Netball Club
The Our Lady of Grace Netball Club (OLGNC) is a family orientated club that has over 100 students participating from Year 2 – 6 in Netta (modified netball) and Netball. Players compete at Wanneroo Districts Netball Association, Kingsway in a supplied uniform consisting of a unisex yellow V-shape singlet and blue skirt for girls and shorts for boys.

Each team has a coach and manager made up of parents and affiliated members of the school community who generously offer their time.  Older and ex-students are also encouraged to assist in training, particularly with the junior netballers.

The OLGNC is required to provide an umpire each week, offering numerous opportunities for interested ex-students and siblings from Years 7 upwards to umpire the weekly matches. Umpiring development courses are offered from WA Netball, WDNA as well as an Umpiring Coordinator from the club supports the girls.

Through the guidance from WA Netball and the WA Department of Sporting and Recreation, the club ensures all members are aware of club policies and strict codes of behaviour, for parents, coaches, umpires and players.

Overall the club’s main aim is to encourage children and their families from Our Lady of Grace to become actively involved in sportsmanship, team participation, fitness, enjoyment and development of skills in a safe and secure atmosphere conducive to the vision statement of our school.

If you have any queries about the OLG Netball Club, please contact:
President: olgncpresident@gmail.com
Registrar: olgncregistrar@gmail.com

Our Lady of Grace Basketball Club

The OLG Basketball Club enables OLG students, both girls and boys, to play basketball in a fun, safe and organised environment. The Club commenced in 2016 and has grown rapidly, with over 80 players from years 2 to 6.

The Club is run entirely by volunteers. It has a Committee that manages registrations, uniforms and equipment as well as fundraising and events. Each team has at least one coach and one manager. The Club is always looking for volunteers to fill committee positions and to coach the teams. We encourage past students and parents to get involved and support the Club.

Players
The OLG Basketball Club invites all students from years 2 to 6 to play basketball for the Club. Registrations generally open in August. There is no grading and teams are made up of players with an even mix of ability and can be either all girls, all boys or a mix of both.

The season
OLG Basketball Club runs during the summer season and registered teams play in the Senators Domestic Competition at Warwick Stadium.
The season commences week 1 of term 4 and concludes the last week of term 1 the following year.
Games are played weekly at Warwick Basketball Stadium at either 4.00pm or 4.50pm and comprise of two 20-minute halves.
U10’s (years 2 & 3) play on Thursday
U12’s (years 4, 5 & 6) play on Friday
U14’s (years 6) play on Friday

Cost
OLG Basketball Club fees are currently set at $40 for the first child and $20 for each additional child per family. This covers uniform hire, training equipment and the end of season function.

Warwick Stadium also has fees which include a $30 registration fee (per season); $30 BWA fee (paid annually); plus a $9.50 game fee (weekly) to be paid upon arrival at Warwick Stadium.

Training
Training is run at the discretion of the coach and is on the OLG school basketball courts either before or after school. 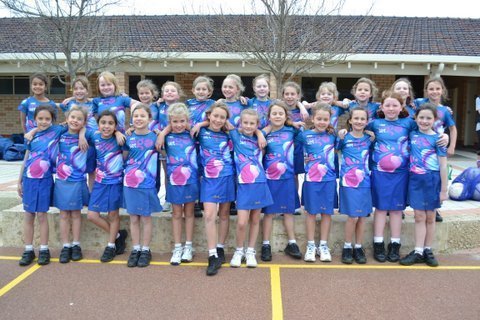